On Wednesday, President Obama delivered a speech advocating gun control legislation.  One provision he endorsed was to limit magazine size to 10 rounds.  While adding the provision might limit the spread of larger magazines among hobbyists, 3d printing provides an easy way to bypass any legislation. 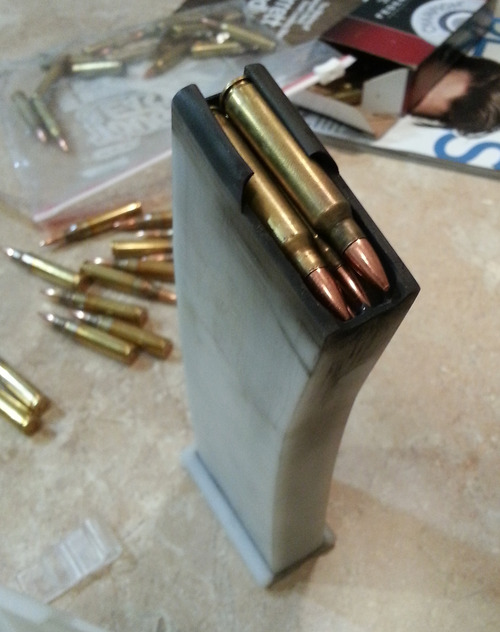 Last Sunday, 3d printed firearms company Defense Distributed successfully test fired a 3d printed magazine.  The magazine holds 30 rounds, and they fired 85 rounds through it, only stopping when they ran out of ammo.  With each test, they iterate their design to make it stronger and fit better, then they share the new design files online, so anyone with a 3d printer can now 3d print the improved magazine.

Obama’s call to ban high capacity magazines may work for most, but if criminals want a larger magazine, they can now just 3d print one. Because of Washington gridlock, we don’t know if Obama’s proposed legislation will ever pass.  If it does, 3d printing a large capacity ammo magazine will likely be a Federal Offense, but that will only deter a fraction of the criminals who want the larger magazines.

Since 3d printers don’t track what they are printing, the only way to enforce this would be with charges after police find a 3d printed magazine.  The Internet makes it impossible to completely block access to the model files for 3d printed magazines.  Finally, if Defense Distributed used a metal 3d printer, the resulting magazines would not fall under the Undetectable Firearms Act at all. The internet combined with the power of 3d printing is making legislation and enforcement much less clear.