When designer Ronen Kadushin creates, he designs with society in mind. He releases his designs to the public as CAD files, letting anyone use them. His recent design, the Bearina, is a concept design for a 3d printed IUD. It shouldn’t actually be used, because most 3d printed materials are not bioinert – certainly the two used in consumer grade 3d printers are not – ABS and PLA. As a concept, it shows the power of 3d printing. Something that normally costs $400-850, can be 3d printed for orders of magnitude less. 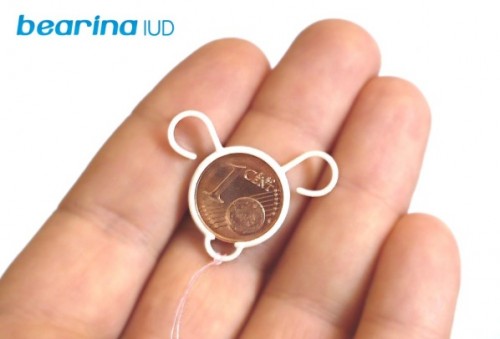 While these might work as prototypes, they could also be toxic, depending on the material used to 3d print the design. 3d Systems prints prostheses, some using bioinert materials. If they wanted to spin off a company to give low cost access to birth control to developing nations, they could. Perhaps a philanthropist could do the same. We might even see China 3d printing IUDs to help solve their population issues.